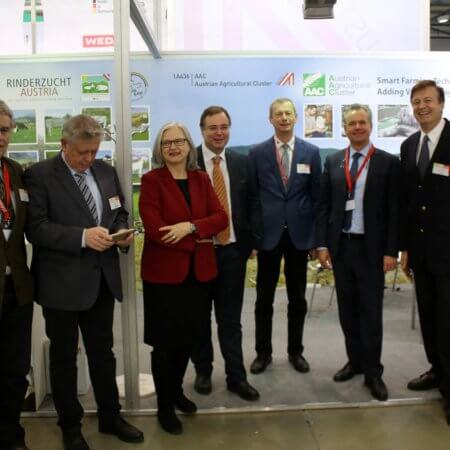 The 8th Agro Animal Show took place in Kiev between 21 – 23 of February 2018, at the new International Exhibition Centre, the biggest expo building in the Ukraine with 58.000 sqm total exhibition space.

The AAC stand was visited by Austrian Ambassador to the Ukraine Hermine Poppeller who expressed her support for the activities of the AAC in the Ukraine. Austria has been cultivating an intensive collaboration with the Ukraine over the past 25 years and the Austrian Embassy plays an important supportive role in this respect.

AAC participation in the Austria Showcase

During the fair, AAC  and its members participated in the Austria Showcase organised by the AdvantageAustria office in Kiev. The event aimed at presenting Austrian solutions for the Ukrainian agriculture and was well attended by Ukrainian farmers and agribusinesses representatives. The event resumed with B2B meetings and a networking cocktail held within the reception of the National Exhibition of Austria. AdvantageAustria Kiev published a photo gallery on their Facebook account. 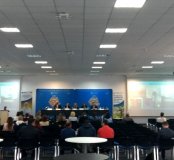